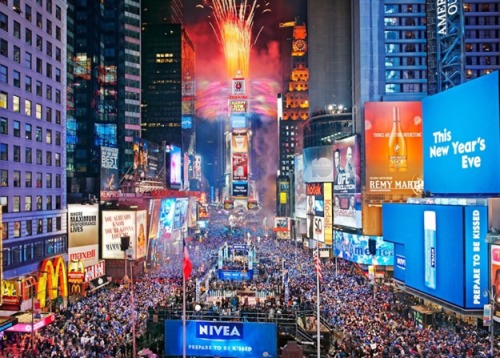 Happy New Year! We’re in the first week of 2016. Most of us are back at work reflecting on a turbulent, but memorable holiday season. Your pre-holiday events were spirited. Your Christmas was joyful. And your New Year’s Eve was…meh.

For the young and optimistic, I have to ask, your New Year’s Eve plans didn’t unfold the way you wanted them to, did they? If you paid $50 to $75 for a ticket before you arrived to the venue, you now know, the old year may not let the door hit you on the way out, but the New Year will gladly hit you on the way in.

I hate to sound like an old man who wakes up at 3:30am for absolutely no reason (really, what do you possibly need to do so early other than pee and be pleasantly surprised they show reruns of Coach?). I was out of college as a fresh faced working adult once too. The big New Year’s Eve party was definitely highly anticipated. You get dappered up, drink classy booze you normally wouldn’t pay for with your friends, and every girl is looking to be kissed at midnight. The ones going single stick out like a sore thumb, so barring that you don’t look like Pete Rose, you’re bachelorhood is more eligible than usual. I still hope for these things, as I remain single and naïve. But, if you’re like me – lack confidence, hate most people, and nervously start conversations by asking how many children you’d like to have – I know how your night went at the exclusive New Year’s Eve ball (if they call it a “ball,” just know it’s a metaphor for the evening kicking you in both of yours). And now that it’s over, here are some tips for what you should avoid next year when you fall into that same pre-ticketed trap. I’ve observed these things over the years and unlike the hangover I feel every January 1st, I don’t make the same mistake twice. Be vigilant in navigating these classic New Year’s red flags:

As already established, if you’ve spent more than $50 for a ticket to a sponsored New Year’s Eve party, it’s already too late for you. When a larger venue levies a high price for their admittance, they’ve likely sold you on a litany of false promises. Free champagne at midnight, drink specials, music, and a theme convince you the ticket is a steal. They also raise your expectations to a level where you can only be let down.

Unfortunately, drinks prove difficult get, the champagne being nearly impossible, and the exclusivity of your ticket is capsized by the discovery that “VIP” means as much as a Blockbuster Rewards card. Ticketed New Year’s Eve parties almost always engulf you in a swell of tools. Swells occur at the surface of the water, and ironically both a tool and these parties are only about their surface. But poor navigation has sailed you directly into them, and now you’re in the middle of a shit storm.

Most of these establishments feature a DJ blaring club music. These artists are skillfully trained to mix bass drops with words like “ridiculous” or “balls.” Not that their beat dispatching lexicon matters. People love this crap. You could drop the bass with “Peter Piper picked a peck of pickled pepper” and people would still start moshing. I very rarely appreciate this. As I’ve written about before, wedding dancing is more my speed. So if you’re like me, or a normal person, you’re not happy to be swarmed by the kind of people you don’t care for. You shouldn’t feel rude. They don’t like you either. And you’re all about to be packed into a space at a dangerous fire-hazard capacity.

Prior to your entrance, if you find yourself standing in a line monitored by a guy in an $80 suit who refuses to make eye contact with people, you need to leave. Head to a bar that isn’t completely full of itself. It also should have more than one syllable in its name or have no mention of anything about outer space. A bar having these characteristics is like a Smart Car. Everyone in it deserves to get their ass kicked.

If your venue won’t allow jeans, don’t sign up for their event. I like wearing a nice pair of slacks on New Year’s as much as the next guy, but it’s generally understood that a venue who specifically turns down those in denim like they’re on a no fly list is also going to be a place full of fresh-creased turds. Wear a tux for all I care, just make sure you’re at a place that also doesn’t care.

How people are dressed at a New Year’s party can tell you everything you need to know about a room. With the exception of a double pleated Paula Poundstone pant suit (so hot), I shut my mouth when it comes to what women wear, as any semi-intelligent man should. I’m good with just about any of it, especially when there’s barely any of it. Oddly enough, it’s the men’s duds that usually typify the tone of a room. When I walk into a Midwestern bar in December and it reminds me more of South Beach, I’m running out of there with Tom Cruise, Mission: Impossible fury. I’m not going to insult guys for wearing sheen vests or shirts loud enough to land a plane, but what I have found is that those who do are typically meatheads that like to intimidate others because they’re so unsure of themselves. Their guard is so high up that an accidental nudge is treated like we just stormed the castle. This doesn’t make a party very fun. When they act this defensively I’d like to inform them, “it’s difficult for me to take you seriously because when I see you trying to flex nuts in your vest, I feel like you’re about to do a magic trick or valet my car.”

For reasons I can’t explain, there are bars that find it acceptable to play Adele. If you hear Adele, call it a night. Men like Adele because she’s talented, but it stops there. Women on the other hand have an entirely different reaction to her soulful pop. I feel the need to shield myself when I hear her because every woman in the room suddenly looks like they’re about to kick me in the dick. Adele’s tales of heart break and a love lost makes all of us guys feel like assholes, when really only 90% of us should. As her gospel blares from the speakers, I’m inclined to shout, “it wasn’t me!” Adele, the fact that you have the voice of a discarded angel, but speak regularly in British cockney is clearly a sign that someone has ordained your pipes with amazing power. Just don’t expect me to stick around for the blood-in-my-urine consequences.

Speaking of urine (a lot of my sentences start like this), if your party takes place at a bar with only a single-toilet bathroom, plan on wetting your pants or experiencing a ruptured kidney. These bathrooms may be marked with a sign for “men” or “women,” but don’t mistake those for what they really signal – a giant middle finger. When bars construct these asinine bathrooms knowing their institutional purpose is to serve liquid, they essentially want to have men squeeze their genitals like a four year old and women share a toilet like a see-saw. Let’s not stand (or sit) for this. If the Shell station sitting off I-74 en route to Greenfield, Indiana decided they needed more than one god damn toilet, what gives a metropolitan bar the audacity to single-serve our urethras? Years ago, one of these absurd places forced me into the position of having to duck under the stairwell near the kitchen, zipper down in full stream, watching in trepidation as my developing puddle drifted towards the walkway and a night in jail. Yes, I felt a good amount of shame, but the euphoria of an empty bladder trumped the sad internal perplexity of what I’m doing with my life.

Last, but so far from the least, do not keep your tab open. I don’t care if you find yourself back at that bar ordering every half hour, you close it each time. Because eventually when you need to close out, everybody else does too. And everyone settling up means everyone is looking to go home. 2AM on New Year’s Eve is likely the closest we’ll actually get to a zombie apocalypse. We all look worn-down and terrible. There’s mindless and incoherent pushing and shoving. Full conversations are going on with the complete absence of a single pronounced consonant. And everyone is fucking starving. Throw in a pandemic backstory and we’ve met all the requirements of the living dead. With the way we’re acting, it’s no wonder all bartenders working that night have the emotional capacity of a shop vac. Had you always closed your tab, you’d be that much quicker to the door and that much closer to your destination.

These tips are formulated from past experience. What I’ve promised myself in 2016 is that I no longer need to use them in practice. I’m announcing my retirement from public New Year’s Eve parties. It’s time I celebrate like an adult – getting drunk and taking my pants off at a friend’s house, as any respectable 30 year old would. This way I can wake up face down in a litter box and know no matter what, I still have my wallet. When I go to work on Monday my co-workers will ask, “how was your New Year’s?” and I’ll get to respectfully say, “oh just a few friends and I got together and stayed in.” That sounds responsible and low key. They haven’t the slightest idea that my friends are up for eviction.

Everything I’ve written here is obviously all cynical nonsense. No matter what you’re prepared for on New Year’s Eve, mistakes are always made, debauchery is always a little more excused, and of course, fun is always had. The reason we all go overboard with it is quite simple. It’s not just another party. Like birthdays, New Year’s is a milestone that makes us either celebrate hope for the future, fondness for the past, or maybe even denial of the present. All three of these make us act superfluously. Milestones encourage perspective. And perspective rarely subdues enthusiasm. So raise those glasses and sing the six words you know from Auld Lang Syne. Let’s recognize the only time in life we actually celebrate another year expiring and watching something drop. Happy New Year everybody!

One thought on “Dropping the Ball on New Year’s Eve”